Previously working in 2 partnerships creating both hand crafted and small batch production collections where work was sold nationally and internationally with stockists previously including Harrods and the Saatchi Gallery with coverage in national press publications including The Guardian, and The Times – both business and style sections.

A return to more traditional methods of production her latest collection proudly draws on her years of training, each piece is handcrafted from her studio on the south coast of England. 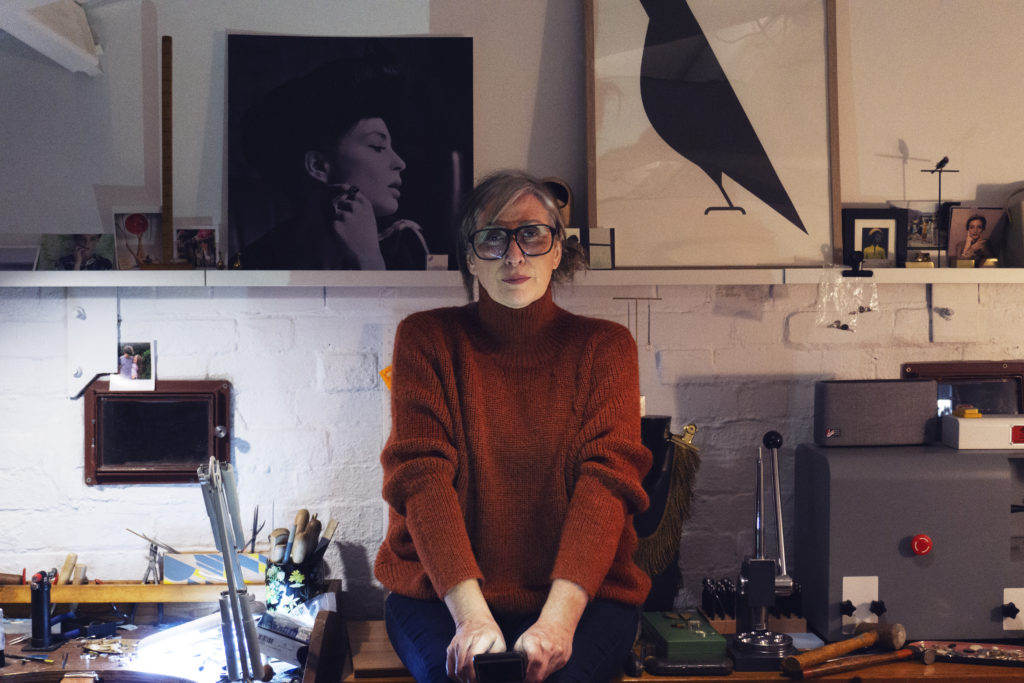 An avid believer and supporter in the resurgence of quality design and production here in the UK she is keen to add to to the numbers of designers with integrity and purpose with a healthy nod to recycling.

This latest collection embodies some of her core passions and interests, a natural magpie, an admirer of both old and new design and never happier when these sit in happy unison. Re-commissioned, the first of many planned new collections sees Ridley meticulously sourcing trinkets from the past, predominantly metal buttons, as she re-invents their purpose. She happily makes up tales for herself as to the history of the items she has found…where it originated, who made it, who bought it, who wore it and even the identity of the owner and the exploits that transpired as they wore them – all conjured up as she sets to work on these limited edition or one off pieces.

I love the fact a much loved yet little use item such as a single button a 100 years old can become something current that someone can treasure again… Re-instated from the depths of the button box! The limited edition and one off production adds a strong appeal to my work…a satisfying combining of the past, the here and now – and hopefully the future – in heirloom form.

The trawling for the pieces is a pleasure that the designer never tires of…the thrill of the junk shop chase chase and then the challenge back at the workbench to create the right balance between old and new.

This collection seems to have few limits, the next step will be to incorporate items from different eras, introducing different materials, more colour and playing with scale….there is much to do…

For press, stockists, commissions and product enquiries, please get in touch

Keep up to date with news and new pieces